Different levels of Grape pomace Extract (GE) were evaluated for their effect on in vitro gas production and as well on some such ruminal fermentation parameters as apparent degraded substrate, Volatile Fatty Acids (VFA), and microbial protein production, in sheep, as ruminal inoculum donor. As for extraction, dried grape pomace and distilled water were mixed in an equal weight ratio. GE was added at three levels of 0, 15 and 30 mg of total phenolics content per gram of DM of basal diet. The basal diet was composed of alfalfa hay, soybean meal and barley grain. In vitro Gas Production (GP) was recorded at 3, 6, 8, 12, 16, 24, 48, 72, 96 and 120h of incubation. After 24h past, incubation was stopped, filtered and the apparent degraded substrate determined. Such ruminal fermentation parameters as 24 h Partitioning Factor (PF24), Gas Yield (GY24), In Vitro Organic Matter Disappearance (IVOMD), Metabolizable Energy (ME) and Microbial Protein MP were also estimated. The addition of pomegranate extract did not affect the asymptotic GP (A), Lag time(L), ADS, GP24, GY24 IVOMD and ME, but MP (Q=0.005) and PF2 (L=0.023, Q=0.004) values got increased. There was no influence observed on the total VFA and on the molar proportion of acetate, but propionate value (Q=0.048) increased and while butyrate (L=0.004) and the acetate to propionate ratio (Q=0.001) decreased (at two levels of GE) as compared with control. With both levels of extracts, NH3-N concentration (P<0.0001) decreased in comparison with control. Total protozoa counts and subfamily of Entodiniinae decreased in comparison with control, at times of 3, 12 and 24h past of incubation. Addition of GE deceased Isotricha (L<0.0001, Q<0.0001), dasytricha (L=0.003, Q=0.030), subfamily of Diplodiniinae (L=0.0009, Q=0.012) and Ophrioscolecinae (L<0.0001, Q<0.0001). In total, GE with no effect on IVOMD, increased microbial protein production, and decreased NH3-N, as well as protozoa population. 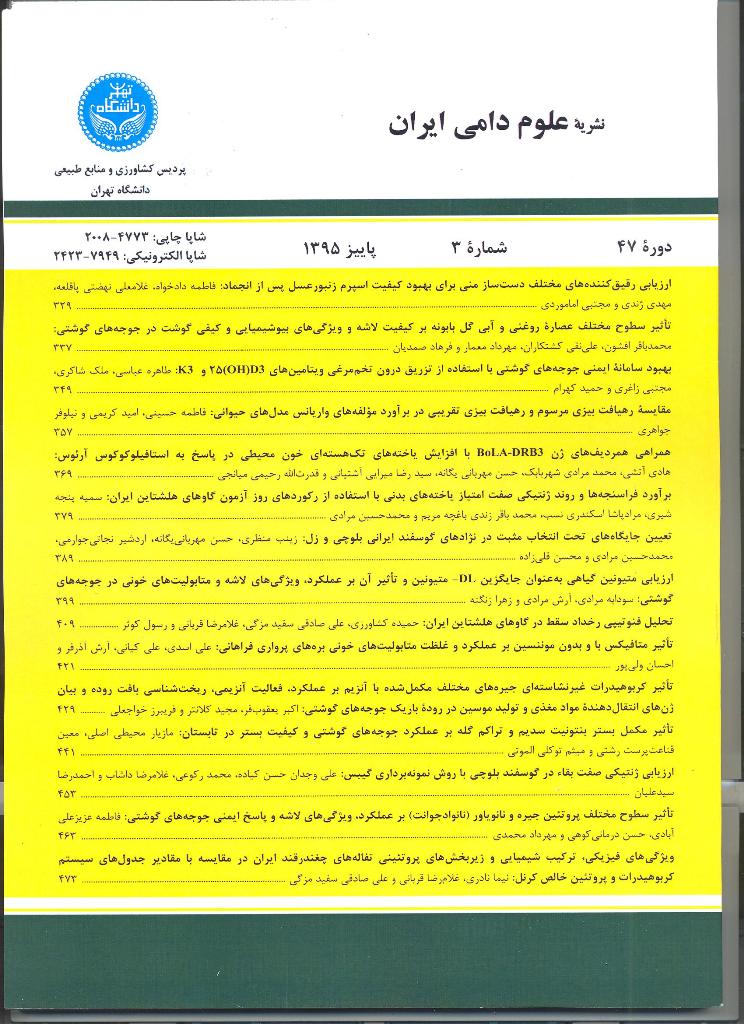